As every year during LUFF, you can host an artist or join the volunteers. You can also be part of LAFF and become LUFF's friend. Or you can meet us on facebook, twitter, youtube and instagram. You can also ask for accreditation.

The Klangtisch is an instrument created by Stanislas Delarue and designed as a table shaped object in which percussions and strings vibrate in a same resonance body. This intertwinement disrupts the various vibrations and randomly alters the production of each sound. Several people are invited to surround the table and activate random mechanisms, almost as if it was a sound banquet. During the residency, five musicians will propose new sound creations each day and will perform live.
As a professional handyman, Stanislas Delarue is part of the atelier des Mains Sales based in Orbe, where his colleagues and him develop all kinds of constructions. Simultaneously art framer, decorator and carpenter, he manufactures projects thought by his colleagues. He is the artists’ craftsman. He recreates and rediscovers old and forgotten objects with a relationship to material based on his instinct. For the OFF, he will present his new dissonant and resonant wooden and metal assembly: the Klang-Tisch.

Luc Müller:
After graduating from a jazz school, drummer Luc Müller is now focusing on improvised and experimental music. He modifies and broadens the sound field of his drums through the use of heterogeneous objects. In order to enrich his musical range, he uses them to create percussive instrumentariums and adapts them to the musical projects he takes part in. Although his work falls within an acoustic approach, he also draws inspiration from electroacoustic or electronic music as well as everyday life sounds.

Anouk Schmelcher:
Whether it is in the depths of forests or within the beating heart of cities, Anouk Schmelcher reflects on the provenance of words and rhythms as well as where they intend to roam. She sometimes plays the drums, uses synthesizers and her texts, but it can also be wood and stones.

Louis Jucker:
Louis Jucker composes soft songs and punk using antique and homemade instruments and devices. Lead singer of Coilguns and active within the label Hummus Records, solo performer on stage or in his own installations, he never stops experimenting towards an odd, melodic and sincere music. In between two tours, he will settle down for the weekend and test out a new noise sound system on Stan’s Klangtisch.

Youri Rochat :
Youri uses various tools and instruments to experiment and play. His array includes elements such as an accordeon, files, his voice, pens, drums, rakes or his body. Alone in his backyard, he combines them all and morphs into a one-man-band. Outside his backyard, he performs with AL Ouest, Cie “Tout en block” and Cie “des ifs”.

Gerry Oulevay:
Born in India in 1983, Gerry grew up in the canton of Vaud. After studying micromecanics in the Vallée de Joux, he travels around the world on his bike. Having returned from his trip, he works in different trades while still conceiving scenographies and mechanisms, sometimes integrating sounds. 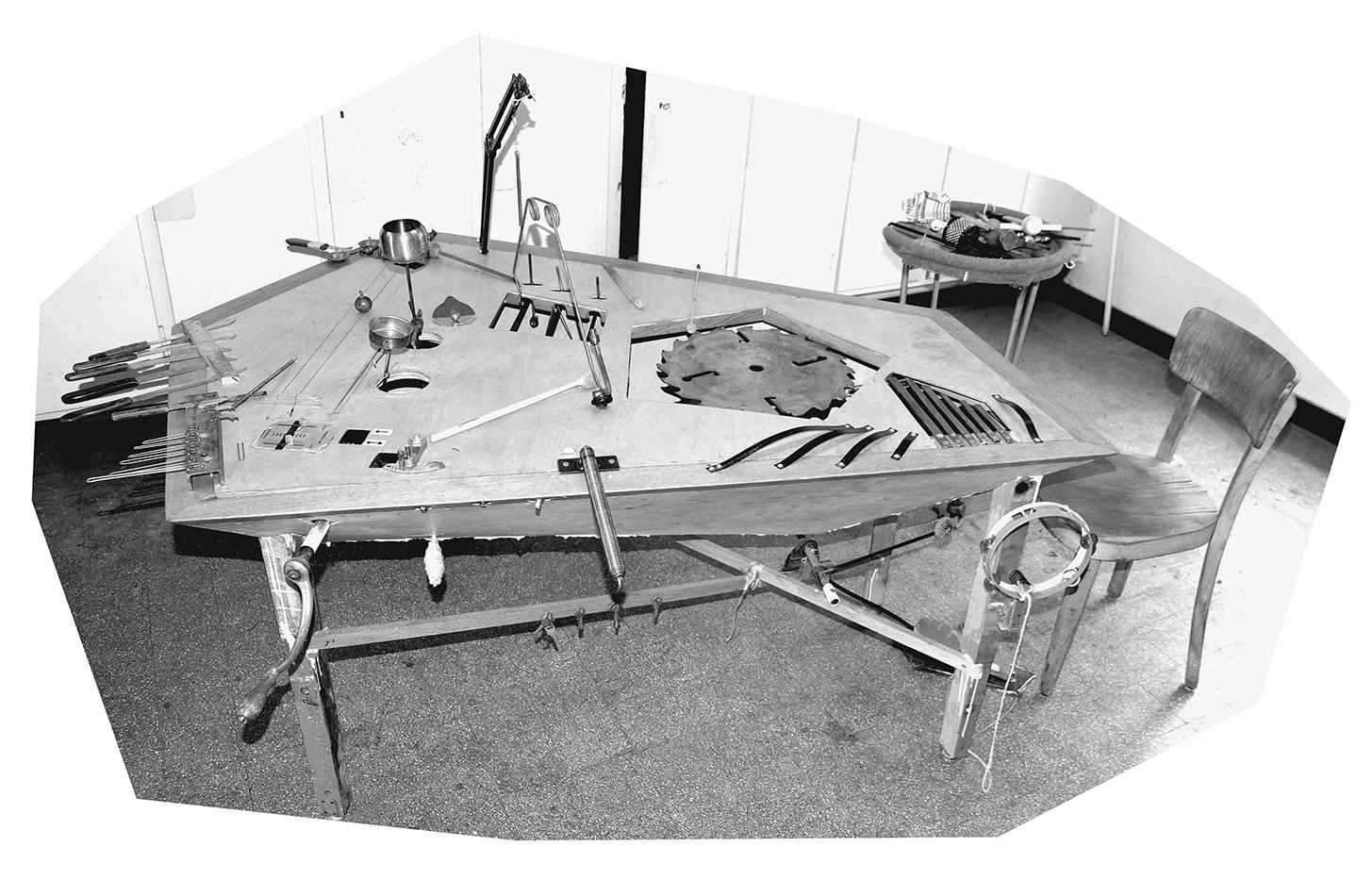 LUFF success is based on the year-long work of its team, majoritarily made of volunteers. During the festival, it is joined by more than a hundred more, without whom LUFF simply would not exist.

LUFF is looking for generous landlords-ladies to host artists of this edition! Fun times and day-passes to the festival in exchange!